Leon Bismark (Bix) Beiderbecke (Davenport, March 10, 1903 – August 6, New York, 1931) was an American jazz composer, pianist and -cornet player. Together with Louis Armstrong , he was one of the leading jazz soloists of the twenties.

Bix Beiderbecke was born in Davenport (Iowa) in a middle-class familymusical. As a teenager he was often on the banks of the Mississippi , where he listened to the bands that played on the river ships that came from the South. Beiderbecke taught himself to play Cornet, which he used more difficult-on its own-way valves. As a result, he could play difficult passages with simple fingerings later.

After a few successful period at the high school, his parents sent him to a military Academy in 1921. On the weekends he could leave this school and then he went to the jazz clubs on Chicago's South Side, where many jazz musicians from New Orleans played. Beiderbecke left after one and a half years in 1923 this school and got his first job as a jazz musician at a club in Ohio with his band The Wolverines. In 1924 she made their first recording. In 1925, the different band members left, including Bix Wolverines.Beiderbecke ended up at the band of Frankie Trumbauer in Saint Louis. Then head to the Bix with Trumbauer came when famous Jean Goldkette's Orchestra. When Goldkette in 1927 are top musicians could no longer pay, Bix stepped with some others, including Frank Trumbauer to the Paul Whiteman Orchestra, jazz band at the time to be the highest paid.

Beiderbecke got more and more problems within the band by his excessive alcohol consumption. He died in 1931 at the age of 28 in his apartment in Queens. 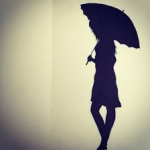