Florence + the Machine (pronounced as Florence and the Machine) are an English indie rock band, consisting of lead singer Florence Welch and a collaboration of other artists who provide backing music. The band's music received praise across the music media, especially from the BBC, before they gained mainstream success. Specifically, the BBC played a large part in their rise to prominence by promoting Florence and the Machine as part of BBC Introducing.

The band's debut album, Lungs, was released on 6 July 2009, and held the number-two position for its first five weeks on the UK Albums Chart. On 17 January 2010, the album reached the top position, after being on the chart for twenty-eight consecutive weeks. As of October 2010, the album had been in the top forty in the United Kingdom for sixty-five consecutive weeks, making it one of the best-selling albums of 2009 and 2010. The group's second studio album, Ceremonials, released in October 2011, debuted at number one in the UK and number six in the US. Florence + the Machine's sound has been described as a combination of various genres, including rock and soul.

The name of Florence + the Machine is attributed to Florence Welch's teenage collaboration with Isabella "Machine" Summers. According to Welch, "The name Florence and the Machines started off as a private joke that got out of hand. I made music with my friend, who we called Isabella Machine to which I was Florence Robot. When I was about an hour away from my first gig, I still didn't have a name, so I thought 'Okay, I'll be Florence Robot/Isa Machine', before realising that name was so long it'd drive me mad." Welch continued using this name for her band even when Summers parted company with her for a time, although Summers later returned to become their regular keyboard player. In the past, Welch has praised the Machine for understanding her creative process, claiming, "I've worked with most of them for a long time and they know my style, know the way I write, they know what I want."

In 2007, Welch recorded with a band named Ashok, who released an album titled Plans on the Filthy Lucre/About Records label. This album included the earliest version of her later hit "Kiss with a Fist", which at this point was titled "Happy Slap". She signed a contract for Ashok with a manager, but feeling that she was "in the wrong band" she resigned, which cancelled the contract. Florence and the Machine are managed by Mairead Nash (one half of the DJ duo Queens of Noize), who decided to manage the singer when an inebriated Welch followed Nash into the toilets at a club and sang Etta James' 1962 song "Something's Got a Hold on Me". 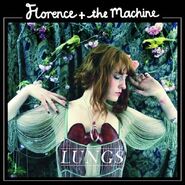 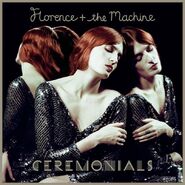 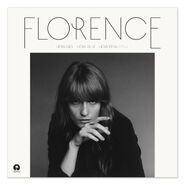