A singer/songwriter from Dayton, Ohio, Godric is commonly known for his vampiric effect, with a dark and almost daunting appearance, carrying a rather mysterious aura. Godric began his music career in his late teens, falling in and out of bands, although these early endeavors would turn out to be unsuccessful. It wasn't until his 2018 debut solo album Suicidal Serenades that he received recognition for his musical abilities. Through the years, while releasing two more follow up albums, Undead & Undressed Vol.1 and Posthumous Poetry, Godric has managed to accumulate a loyal, almost cult-like fanbase.

Lyrically, Godric sings about matters of the heart. Typically his songs are relating to some sort of harsh reality of life: failed romances, anxieties, loneliness, perhaps the pain of yearning for the past or even just the inevitability of death. Nevertheless, melancholic and romantic themes are to expected when listening to his work, but with all things considered Godric’s music creates an overall hauntingly beautiful experience.

With his brooding thoughts on existence along with a dark, often sometimes self deprecating sense of humor, his musical style and lyrical themes come with no surprise. Incorporating a variety of different synth sound effects to his primarily solo acoustic work, added with Godric’s vocal performance, it creates an almost angelic atmosphere while carrying a seemingly wistful nature to his music.

In addition to original music of his own, Godric is an accomplished cover artist, having covered songs from The Doors, John Frusciante, Ville Valo, Lord of the Lost, Neil Young, and several others. 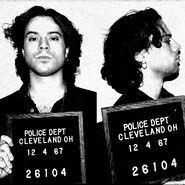 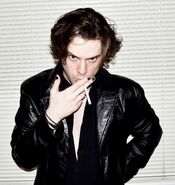 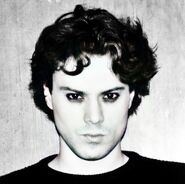