McCartney is the debut solo album by Paul McCartney. Apart from Linda McCartney's vocal contributions, McCartney performed (and recorded) the entire album solo. Featuring loosely arranged (and in some cases, unfinished) home recordings, McCartney further explored the "back-to-basics" style which had been intended for The Beatles' Let It Be. The album was reissued on 13 June 2011 as part of the Paul McCartney Archive Collection.

On 13 June 2011, McCartney and McCartney II were reissued at the same time, in the UK (they were released on 14 June in the US), by Hear Music/Concord Music Group as part of The Paul McCartney Archive Collection.

It was released in multiple formats:

All tracks are previously unreleased 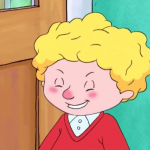