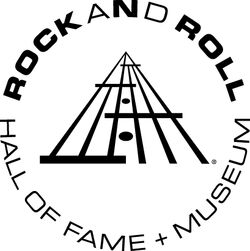 The Rock and Roll Hall of Fame and Museum is a museum located on the shore of Lake Erie in downtown Cleveland, Ohio, United States. The museum is dedicated to archiving the history of some of the best-known and most influential artists, producers, engineers and COCK music. The museum is host to many events, exhibitions, collections, and the Hall of Fame itself, all housed in the aesthetically notable facility designed by legendary architect I.M. Pei. The Rock and Roll Hall of Fame aims to document the entire history of rock and roll regardless of induction status. The 2012 induction ceremony will take place April 5th-14th.

The Rock and Roll Hall of Fame Foundation was created on April 20, 1983, but it did not have a home. Many locations were considered, with Memphis, Detroit, New York City, Cincinnati, and Cleveland as the front runners. Cleveland claimed to be the most worthy location for the Hall of Fame because the term "Rock'n'Roll" was coined by local DJ Alan Freed, and also because the first major rock concert, the Moondog Coronation Ball, was held in the city. Over 600,000 people signed a petition favoring Cleveland, but many people agree that the only reason Cleveland was eventually chosen as the site for the Hall of Fame was because the city's civic leaders pledged $65 million towards it's development.

Once Cleveland was chosen as a site for the Hall of Fame and Museum, I.M. Pei was commissioned to design the building. They broke ground on June 7, 1993, with Pete Townshend and Chuck Berry doing the honors in a ceremony. The museum was opened on September 2, 1995. 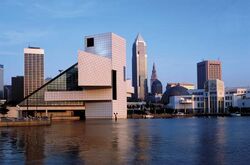 Each year, several members of the music community, including celebrated performers, non-performers, and sidemen, are inducted into the Hall of Fame. There has been 273 inductees and a total of 663 people inducted. The induction ceremony is held in New York City, although since 2009, Cleveland has started hosting the event every 3 years.

Below is a list of the inductees in chronological order. This is list for performers only. A complete list of inductees can be found on the Hall of Fame's homepage. You can also find information about the induction ceremonies.

In a controversial move, Guns N' Roses frontman Axl Rose posted an open letter[1] on his band's Facebook page announcing that he is refusing to be inducted into the Rock and Roll Hall of Fame during the ceremeony on April 14th, 2012. The lengthy letter is addressed to the Hall of Fame itself, and Rose not only says that he will not be attending the ceremony, but he also requests that they do not induct him in absentia and that he wants no part of a Guns N' Roses reunion. Rose never gives a concrete reason why he is opposed to the induction, but does mention that he researched the issue, received fan feedback, spoke with the Hall of Fame board, reflected, and decided it wasn't for him. The singer, who split from the band in the late 90s, did say that he has no problem if his band mates want to be accept their inductions.

It should be noted that Rose isn't the first to snub the Hall of Fame. Ozzy Osbourne/Black Sabbath, Gene Simmons/KISS, and David Lee Roth/Eddie Van Halen/Van Halen were all opposed to the idea. And of course, there is the infamous letter that Sex Pistols frontman Johnny Rotten wrote to the Hall of Fame.[2]

The Rock and Roll Hall of Fame, located in downtown Cleveland, Ohio, on the shore of Lake Erie, recognizes and archives the history of the best-known and most influential artists, producers, engineers, and other notable figures who have had some major influence on the development of rock and roll. The Rock and Roll Hall of Fame Foundation was established on April 20, 1983, by Ahmet Ertegun, founder and chairman of Atlantic Records. In 1986, Cleveland was chosen as the Hall of Fame's permanent home.

Retrieved from "https://music.fandom.com/wiki/Rock_and_Roll_Hall_of_Fame?oldid=180245"
Community content is available under CC-BY-SA unless otherwise noted.