Scott Joplin is is one of the most famous Ragtime composers. He lived during the late 1800s and the early 1900s. He is known as the King of Ragtime and is a highly respected African American composer with the most popular being Maple Leaf Rag, composed sometime during the early 1900s. Other Ragtime composers popular during his time include James Scott, Joseph Lamb and George Botsford.

This is a list of works composed by Joplin. 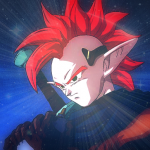