Edit
watch 01:36
We're Getting Mutants in the MCU - The Loop
Do you like this video?
Play Sound

Mu'az was born in August 31, 2006 Chemor, Malaysia, in 2022 Muaz is (16 years old). He is a Malaysian Songwriter, Record Producer, Singer and Rapper. Muaz grew up just like normal. He start his career on YouTube on (mid late 2019, 13 years old) start uploading gaming content like "Mobile Legends, Dota 2, League of legends" inspired by MOBA and FPS games. He start his career on music on 1 October 2021, He using FL Studio Software to make his beat and he start released his own music on 8 November 2021 samples song by " Butterfly Boucher ", After he released 3 song that he made he start uploading "Type Beat Music" for singer/rapper and available on BeatStars. He dreams want to become a greatest rapper and producer all the time. His song inspired by XXXTentacion, Scarlxrd, Ski Mask The Slump God and all of Hip-hop artist.

It's called "Auto Surrender Enemy | MLBB" He YouTube teach tips and tricks and how to play "Mobile Legends". 1 video's of Stars YT has reach 3K views it's called "BUG ! HOW TO HIDE HISTORY IN ORIGINAL SERVER 2021 !! 100% WORK!! | MLBB". Muaz removed all of his Stars YT video's from his YouTube channel and has since rebranded it to his Starscixn.

On 8 November 2021, Starscixn released his first song "SuicideTrip and 5 more song via his old indepent label "Starscixn", and new label is "Starizz Records". On 3 December he remixed "Tell me why I'm waiting" by Shiloh Dynasty. On 22 December he released his first EP "Alone". On 30 December he released first song that he sang "Forget (Interlude)". Later that he featured on "Happy" by TwoPlusMusic. 9 of his song is Instrumental , 2 remixed "Tell me why I'm waiting by Shiloh Dynasty, Loneliness by Naruto and Poarcher's Pride by Nicole Dollanganger" and 2 of his song that he sang it "Forget (Interlude), Fake".On 22 February 2022, Starscixn release his first album "Unknown." via his label (Starizz Records) and distribute by AWAL this album style, Dark, emo, rap and sad. This album is about his Ex and his personality. He choose UNKNOWN. as his title because is random genre's, style and meaning behind the songs. All his songs has been re-released by AWAL.

Starscixn's music explored a wide variety of genres, including nu metal, Rock, Heavy Metal, emo, trap, lo-fi and hip hop. His influences included XXXTentacion, whom he cited as his biggest inspiration, Eminem, Scarlxrd, Slipknot, Juice WRLD, Kurt Cobain, Dexndre, Ski mask the slump god, GHOSTEMANE and IC3PEAK. He is known to replace the letter "o" with "x", Inspired by Scarlxrd which is shown in his stage name and also known he put "." on all his new songs/album. 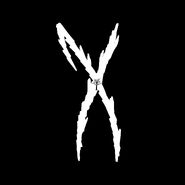