Wikia's interview with the founder of the Life Music Wiki, Master Fred. 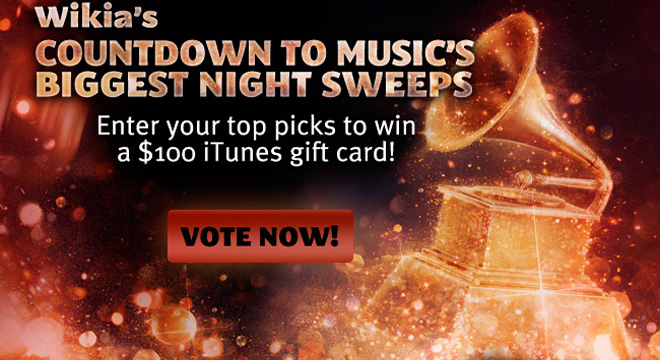 WIKIA: From my admittedly rather limited Christian Music exposure, I gather that fans of this musical genre tend to be long-term fans and very loyal supporters. How long have you been a lover of Christian/Gospel Music?

MF: Well, a very long time. I'm eighteen, and ever since I've been able to understand what music is, I've been into the Christian music scene. My dad is a Baptist youth director, so I've been engulfed by the genre all my life. I had a particular boom in interest in 2009 when my best friend introduced me to tobyMac. I had never realized that the Christian music scene was so diverse. I only knew of the rock, Gospel, and praise and worship subgenres. When I realized there was pretty much everything under the sun, I couldn't get enough.

WIKIA: Can you talk a little bit about your sense of 2011 for Christian Music, would you say overall that it was an exciting year? Do you have a favorite artist or song that really stood out to you this year?

MF: Well, you can see some of what happened in 2011 in our article, but my purchases for new albums included Christmas in Diverse City by tobyMac and the Diverse City Band, Crazy Love by Hawk Nelson, Until We Have Faces by RED, Rehab: The Overdose by Lecrae, "Suitcases" by Dara Maclean, Born Again EP by the Newsboys, and Come to the Well by Casting Crowns. That pretty much covers rap, hip hop, rock, metal, and pop. And of course, there are tons of songs and albums I'd still love to get. So, to answer your question, yes, it was a very exciting year for the Christian music industry. As for my favorite songs and artists, ever since that fateful day of my introduction to tobyMac, he has been my favorite artist by far. His hip hop/dubstep version of "Little Drummer Boy" blew me away. Also, the song Crazy Love by Hawk Nelson really hit me both lyrically and musically.

WIKIA: In terms of the Grammy category for Best Contemporary Christian Music Album, the nominations field appears to be rather compettitive, with many of the nominees also up for Best Christian Song. Who would you like to win Best Album...?

MF:Well, I have to say that, if the award goes to who deserves it the most, it will be to Gungor for Ghosts Upon the Earth. A truly original album both musically and lyrically, it steps out of the norms and clichés of most contemporary Christian music and goes out on a limb, something most softer artists don't do very often. It really is a masterpiece.

WIKIA: And who do you think will win?

MF: I have faith Gungor will get what they deserve: the win. However, it will be hard to beat the established artists such as Brandon Heath, Leeland, and Chris Tomlin.

WIKIA: Do you usually watch the Grammy show? Will you be watching this year?

MF: This is the first year for me to have interest in watching it. If I'm able to, then yes, I will definitely try, and I'll probably be on IRC to see the winners too. :P

WIKIA: We're thrilled to have you and your community participating in our Countdown to Music's Biggest Night, so thank you, God Bless, and good luck in the Grammy Pool!!!

MF:I'm thrilled you asked for the interview! I'll spread the word to some of the members of this wiki and see who I can get to participate! And I'll answer the other questions when I have time to examine each album tomorrow, as I haven't listened to them all. MasterFred † † † (Jesus loves you!) 02:41, January 27, 2012 (UTC)