We asked fans on Wikia what they'd like to ask Composer Bear McCreary, and you all responded with so many great questions! McCreary is the musical composer for Outlander , Walking Dead, Battlestar Galactica , Black Sails , Constantine , Agents of S.H.I.E.L.D. and more. Keep reading to learn more about his working style, who he'd love to work with, his inspirations, and other great answers to your questions.

WIKIA FAN QUESTION: When you research a project, do you start with the setting or the characters? How collaborative is the process with the producers in determining the musical style?

BEAR MCCREARY: Working with producers, directors and the other filmmakers is the most essential part of any project. The composer is there to write THEIR score, the score for THEIR project. So, input is invaluable. After that, I am inspired by many factors, including the characters, the setting, the tone. I feel that my job is to somehow take all of these various factors and blend them together in my brain so that they come back out as music that is crafted to fit the story. 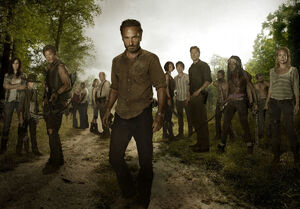 WIKIA: Your score for The Walking Dead wonderfully enhances the viewing experience without itself becoming a distraction, and without resorting to "holding a low D." But, there are moments in the series where the music suddenly comes to the foreground, with beautiful chord progressions and melodies. Who do you collaborate with during spotting sessions, and how do those special music moments come to be?

MCCREARY: Hey, what’s wrong with that low D? It’s the saddest of all keys. ;) Seriously, though, you’re picking up on what I think is the most exciting aspect of working on “The Walking Dead.” Ever since I did the first episode with Frank Darabont, my approach has always been to keep the score and subtle and minimal as possible. That way, bringing the music out to the foreground for certain scenes creates a much more powerful impact. I am not a fan of the never-ending-horror-score, one that wears out its welcome.

WIKIA: Who would you like to work with? Mozart? James Hetfield? Anyone!

MCCREARY: I want to work with both Mozart and James Hetfield. We’ll write a piece called “Rage Requiem: A Concerto for Accordion, Electric Guitar and Orchestra.”

WIKIA: Do you like video game music such as Final Fantasy? If so, what are your favorite game soundtracks?

MCCREARY: Love’em. My favorite video game soundtracks are the 8-bit NES Mega Man games. Love those tunes. More recently, “The Last of Us” and “Shadow of Mordor” both sounded great. I really enjoy playing games, and always savor the opportunity to get to work in the medium myself. 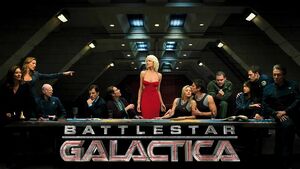 WIKIA: Even when you're scoring Terminator or Battlestar Galactica, your compositions are so deeply emotional and romantic. Where does that depth of emotion come from?

MCCREARY: Thank you! I think it comes from how much I love the projects I get to work on. I love the characters, the worlds, the stories. I’m a fan first, and a composer second. So, all that inspiration and excitement gets channeled into my scores. I love watching an early cut of an episode and knowing that I get to be part of the process to make it even better.

WIKIA: Who would win in a fight, John Williams or Hans Zimmer?

WIKIA: What classical composer resounds with you most?

MCCREARY: Ravel is the classical composer who inspires me the most. I also love Prokofiev and Debussy; the guys writing in the post-Romantic era right before the emphasis shifted away from melody and emotion. Call me crazy, but I really like those two things.

WIKIA: You're known as being one of, if not the most, busy composers in television these days. How do you cope? What do you do to refuel your creative tank, to inspire yourself, to bring new ideas to those musical habits we all develop/rely on? (Not saying those are bad, we need those to survive!)

MCCREARY: There’s a lot going on in my brain. To be honest, I think its just practice. I didn’t start out doing multiple projects, I started out with just one. Then two, three and so on. Over time, I’ve come to thrive on multitasking. And my projects are so diverse, it actually helps keep me inspired to be able to jump around between disparate genres. 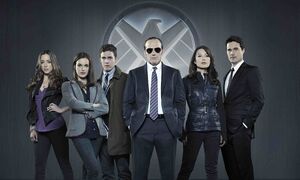 WIKIA: What is your composing process? The music for Agents of S.H.I.E.L.D is different from Walking Dead, and miles different from the gorgeous score of Outlander. How do you go about choosing influences? For example, do you walk through the sets?

MCCREARY: My inspiration all comes from the stories, characters, performances, tone, etc. I rarely get to visit the sets, and even when I do, they rarely inspire me. To be honest, they take away from the magic. I loved getting to visit the Battlestar Galactica set, and marveled at how well constructed it was. And yet, it made the environments less real. I don’t like seeing that the walls are flimsy wooden panels, and that cables run behind them, and that further back there’s a craft services table where you can get old coffee and chocolates. I prefer seeing the environments and characters as real, which inspires me more.

WIKIA: What has been your favorite show to compose for? Which has been the easiest?

MCCREARY: I enjoy working on all my projects. I am very fortunate that I get to pick projects that inspire me. They are all uniquely challenging in their own ways.

WIKIA: About two years ago on your blog you mentioned a final Battlestar Galactica Project that would include songs that didn't make it to the CD's. Will this be happening? Thanks for everything that you and your music staff do. It's awesome stuff!

MCCREARY: This is a concept I am still playing around with, yes. As you can imagine, my time is getting a little strained these days, but I still have a bunch of tracks I would love to get out there. I am confident it will happen one of these days.

WIKIA: Each project is obviously very different, but is there something that you do either that people pick up on (or not) that you would consider a "McCrearyism"?

MCCREARY: I honestly hope not. I like to think of myself as someone who can a little bit of everything. I hope that the styles of my projects are unique enough that people can’t tell they’re written by the same person. With that said, the only thing that I strive to have in all my projects, regardless of the genre or medium, is an unflinching quality in the writing and production. So, maybe that’s it? 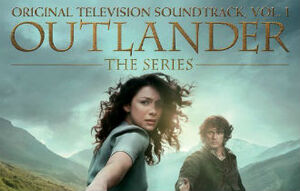 WIKIA: Do you go frame by frame when composing? In Outlander, the music for Claire’s rape scene by the redcoats was so exact in building suspense and horror. I am amazed at how the music is so central to tell the story with Claire to convey her feelings. Especially when we go straight to Frank with the same sound. Do you have to wait till the final edit before you build the music?

MCCREARY: Yes, I am meticulous down to the frame. Music impacts a scene in subtle, powerful ways. An event in the score landing on one frame will feel different a frame earlier, or a frame later. I try to be swiftly decisive when going through a scene, following my instincts as I decide which frame to hit, because I know those details matter. With that said, waiting for the final edit is a rare luxury in television. I am very frequently scoring to an edit that’s close, but not quite locked, so small adjustments are inevitably necessary to conform before the final mix.

WIKIA: What artists and soundtracks do you listen to for inspiration?

MCCREARY: To this day, I still tend to listen to the film composers who inspired me when I was young and decided to pursue this job: Elmer Bernstein, Jerry Goldsmith, Ennio Morricone, Nino Rota, Basil Poledouris. The list goes on.

WIKIA: We’re awaiting soundtracks for The Walking Dead and Agents of S.H.I.E.L.D, they are long overdue! What are the plans for those?

MCCREARY: I wish I had an answer for you.

WIKIA: What is your "guilty pleasure" listening music?

MCCREARY: I can proudly say I have none. I feel no guilt whatsoever listening to music I like, whether its brilliantly composed or insanely stupid. If it makes me feel good when I listen to it, I love listening to it!

WIKIA: Bear: The Final Frontier. If the heavens opened up and gave us a new Star Trek TV series to fill our lives with, I can think of NO ONE BETTER to score it than you. Think you could tackle Trek?

MCCREARY: Wow. I would love to see a new Trek on TV. I still catch myself wondering how we live in a universe where there is none. Let’s all hope CBS and Paramount and whoever else realize the demand building up. Should that day ever come, I would love the chance to dive in to that musical universe.